In 2011 two deck failures in Austin resulted in the injury of 33 people. Per City officials, since 2007, there have been 651 reported injuries and four deaths in the U.S; since 2000 there have been at least 23 deaths.

Many decks are not built to current code standards and may not be safe. Even decks that were built properly can become unsafe over time if they are not maintained.

Austin City information and Video from a Building Inspection department sponsored workshop showing the differences between a poorly and well constructed deck. Also has a list of Texas-licensed engineers and architects.

There are 2 main reasons for deck failures:

Look for rot’s discoloration in the lumber or anything growing out of the wood. Test for rot by stabbing the wood with a sturdy knife point. If your knife goes in more than one quarter of an inch or you find spongy spots, that means the wood is decaying. If only a few boards are damaged, replace them. You cannot get away with leaving the rotten boards and putting a new board beside it. This will only accelerate the rot by providing fresh food for it. The rot will quickly invade the new board. If you find soft spots in the support posts or beams, you will need to rebuild the deck. (This requires a building permit.) To minimize future problems, hire a professional that specializes in decks.

Assess whether the structure is solid. When you walk on the deck, you should not feel it move. It should not tilt. The railing should be firm and not moveable. The fasteners should not be loose or corroded. If you own a wood deck, you should clean and seal the boards every year. Check your deck yearly and before large gatherings for rot and other problems.

Because decks are exposed to the weather, they don’t last forever, and they always seem to come down with friends and family. So make sure your deck doesn’t come down unexpectedly.

If you have a deck, inspect it annually. Look for

Create a path of connections that transfers load through its frame to the ground and support structures, such as your home. A deck with a continuous load path will be better equipped to resist the forces that can weaken your deck. Regularly maintain and inspect for loose nails and boards, and protect from debris, water and sun damage

Third party inspectors can inspect an older deck at the homeowner’s request. A list of such companies is available at austintexas.gov/page/deck-safety. 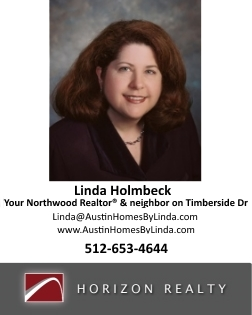